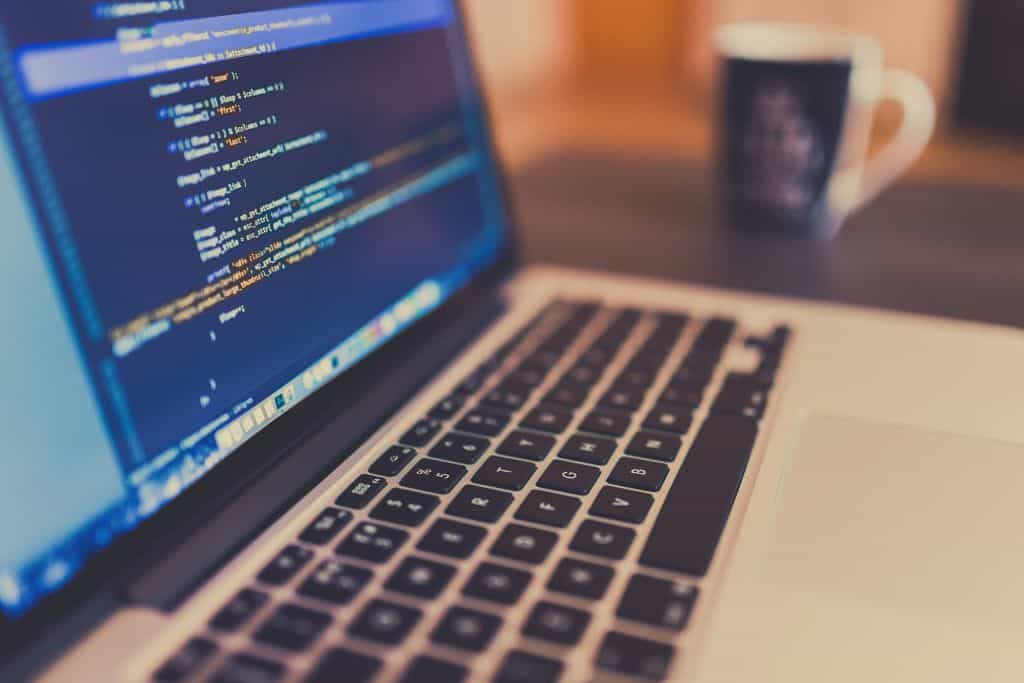 Many web developers use Bootstrap, as it’s a powerful tool for developing interactive and responsive web apps. Its primary application lies within the mobile development sphere. In fact, Bootstrap has been developed and promoted as a mobile-first framework for quite some time.

So, what is Bootstrap and what is it used for? It’s an open-source CSS framework geared towards mobile-friendly front-end development. Bootstrap features an easily customizable grid-based design system that can be used to arrange reusable UI components.

The popularity of this framework stems from its easy-to-use nature that allows Bootstrap to be integrated with other frameworks in a very short span of time. Bootstrap is also easy to understand for novice web developers since it uses familiar languages such as HTML, CSS, and JavaScript. When an application’s front end is designed with Bootstrap, it easily runs across all devices with minimum platform-specific adjustments.

What Is Bootstrap And What Is It Used For?

The proliferation of mobile devices across all spheres of life, work, and entertainment means that there’s a huge demand for mobile application development. And with it comes the inevitable web app development cycle since everything these days is integrated with the internet. Bootstrap was created to cope with the need for an easily customizable open-source web app development framework that is focused on mobile.

Its agility means that Bootstrap reduces the time needed for app development. This improves the development process since companies can cut down on budgets and get their app to the market in a shorter time. Prototyping, testing, and finalization take less time with Bootstrap.

What makes Bootstrap faster than doing your UI from scratch? It contains reusable code blocks and templates for a wide range of situations. Bootstrap is also built to work seamlessly across a wide range of browsers and mobile platforms.

Bootstrap is also easy to integrate with any existing frameworks or libraries that you’re using. With knowledge of basic styling elements from HTML and CSS, developers can create good-looking frontends. Bootstrap uses a grid-based layout for easy customization and alignment of components.

Grids are essential for creating responsive layouts. They are implemented as rows and columns within individual containers that fill up the viewport. There are predefined grid classes that can be used depending on the display resolution of a target platform.

And these classes can be combined with each other for more dynamic layouts. Content is laid out in a hierarchical manner within Bootstrap. Rows go into containers, and each row contains a series of columns.

Bootstrap’s high degree of platform independence and modular nature makes it a prime candidate for a variety of front-end web development tasks. Anything that requires CSS can also benefit from Bootstrap since it makes the task of aligning elements much easier. Bootstrap can also use JavaScript or jQuery plugins.

Why Is Bootstrap So Important?

Bootstrap is used by a multitude of web design companies and can even be a requirement to participate in certain projects. The framework isn’t particularly hard to learn. Especially if you already have a basic understanding of HTML, JavaScript, and CSS.

While Bootstrap isn’t an all-encompassing solution to every UI problem, it gets you pretty close to the solution. A huge array of prewritten templates and plugins help you start off quicker, and they can be customized to suit individual needs. Features like visual breakpoints, reusability, consistency, and a flexible grid system make Bootstrap the framework of choice for many developers.

Let’s say you’re doing a homepage for the website of an indie game developer. You want a carousel on the top so visitors can easily scroll through the game library of this developer. With Bootstrap, such a feature can be implemented within minutes.

Everything from buttons and navbars to drop-down menus can be accessed from an existing package of components that come with the framework. Because Bootstrap has been around for so long, a huge community of dedicated developers and enthusiasts has formed around it. This means that anyone new to the framework has a wealth of documentation and ideas to draw from.

What Is The Advantage Of Bootstrap?

Many other frameworks and libraries have appeared ever since Bootstrap took off in popularity. And some of them definitely offer superior features compared to this old CSS framework. But Bootstrap still has an advantage that makes it relevant to this day.

And that is its simplicity. With Bootstrap, developers can configure their projects and get started within a very short span of time. It contains a multitude of ready-to-use components and templates that work out of the box, with no need for tinkering.

On top of that, Bootstrap has been getting upgrades all this time to keep it relevant in an evolving web development landscape. With Bootstrap 4, the developers introduced new components and a faster stylesheet. With Bootstrap 5, you lose a lot of legacy support in exchange for better performance on newer platforms.

There is a version of Bootstrap for everyone, and you don’t necessarily have to use the latest stuff. It is endlessly customizable and works with libraries such as React. This framework has revolutionized responsive web design by giving everybody a tool that can be used to create quick and easy cross-platform web apps.

When you’re developing a web app or page, the last thing you want is for it to look different across each browser and device. One of Bootstrap’s biggest strengths is that it allows developers to design their UI in a short time while also ensuring a consistent viewing experience. With Bootstrap, boundaries between the designers and developers can be broken down to ensure a more fluid and consistent viewing experience for end users.

You can pick and choose your predesigned components from the Bootstrap library. Things like buttons, menus, icons, bars, and more can be implemented within minutes through the grid system. However, they don’t have to be in their default state.

Individual elements can be tweaked to deliver a user experience that is reflective of your brand and design philosophy. This helps deliver a more personalized experience to your users.

Unless you really want to support IE 11, you can go ahead and download the latest version of Bootstrap which includes support for all major browsers. Bootstrap is also compatible with major JavaScript plugins and other libraries/ frameworks. Once you create your UI layout in Bootstrap, it will work across a wide range of mobile and desktop platforms without any major hiccups.

Bootstrap comes with a large library of UI components that ranges from simple things like buttons to more advanced stuff like navbars and forms. These are extremely useful for both prototyping ideas and full-scale development once you come up with a minimum viable product (MVP). A lot of low-level coding within CSS can be skipped altogether by using predefined templates and elements.

Since this is an open-source framework used by several major companies around the world, it has gathered a very helpful community of developers over time. Any problem you have with Bootstrap is likely to have a solution somewhere out on a forum. The framework itself is constantly being updated with fixes to issues that are brought up by the community.

Should I Learn Bootstrap or CSS?

Anyone involved in front-end UI design will probably already be familiar with CSS. Bootstrap is just a nice layer on top of CSS that lets you implement basic elements without having to manually write a bunch of low-level stuff. Hence, Bootstrap shouldn’t be thought of as a competitor to CSS.

It is an enhancement to your existing capabilities and helps with quick prototyping/ implementation of ideas. Bootstrap UI elements are also reusable and modular by design. You can do the same with CSS, but it will require more work.

Is It Easy To Learn Bootstrap?

Anyone with basic knowledge of HTML and CSS can easily start working with Bootstrap within a matter of weeks. All you need to do is understand how the grid layout works, and what the components do. Once you’ve done that, you can also learn how to use Bootstrap in conjunction with other tools like Vue or React.

Famous Websites Who Use Bootstrap

Originally, Bootstrap was created between 2010 and 2011 by a couple of developers at Twitter. It was used to help with Twitter’s internal UI layout because of its consistency and modularity. Over time, Bootstrap evolved into something that is used by major websites spanning a wide variety of niches from news and media to IT.

WhatsApp, Trello, and Etsy are just some of the companies that use Bootstrap in their web applications. At the time of writing this article, it has 159k stars and 77.1k forks on Github. The community is showing no signs of slowing down anytime soon.

Bootstrap is to CSS what jQuery is to JavaScript. You get a framework with easy-to-use predefined components and templates that help with all your styling needs. And Bootstrap ensures that your web app works across all browsers and devices.

However, you can create more tailored solutions depending on your needs with CSS. Bootstrap abstracts a lot of the inner workings that go into UI design. This is why it shouldn’t be relied on as a crutch for quick and dirty web design.